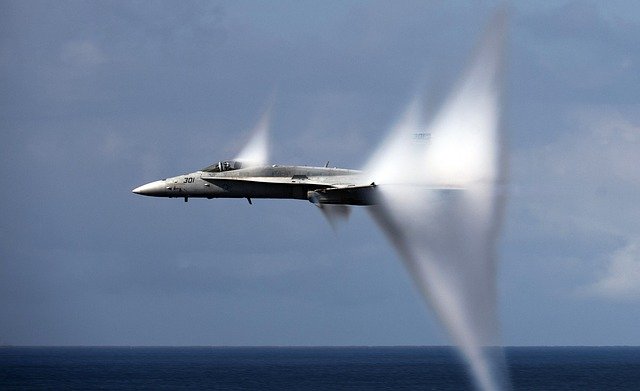 On Saturday morning, April 11, 2020, residents of Jakarta, Depok and Bogor city, Indonesia, were shocked by the sound of thumping sounds coming from the sky several times.


Initial speculation led to the eruption of Mount Anak Krakatau even though it has been denied by the Center for Volcanology and Geological Disaster Mitigation (Pusat Vulkanologi Mitigasi dan Bencana Geologi). This institution states that the sound of the boom came from the thunder booming between the skies of Mount Gede and Mount Salak (after getting reports from Observation Posts on both mountains).

Another allegation states that the boom was sourced from the fall of the asteroid that penetrated the earth's atmosphere, although this was also denied by the National Aeronautics and Space Agency (LAPAN). There is also another speculation that the sound of the boom came from a natural phenomenon called "skysquake."

There is another possibility that the appearance of the boom came from the activity of aircraft that fly at speeds above the sound speed (referred to as "sonic boom") even though the incident on Saturday morning was countered by the Indonesian National Armed Air Force officials where they stated that at the time of the incident there were no operations fighter planes over the sky of Jakarta city and its surroundings.

Sonic boom is a term used in the event of a shock wave in the air captured by the human ear where this term generally refers to shock waves caused by maneuvering or movement of supersonic aircraft. When the plane is flying beyond the speed of sound, shock waves emerge in areas where there is a sudden change in air pressure, temperature, and density. These waves spread in a cone-like shape which if it reaches the earth's surface can cause vibrations on building glass.

At the moment, it is necessary to pay attention to the Indonesia general underwriters to the sonic boom that may lead to claims on property insurance policy. The probability of this event still exists given that Indonesia itself has several supersonic warplanes such as the F-16 Fighting Falcon, T-50 Golden Eagle, and Sukhoi Su-30. Even Indonesia has agreed with Russia to procure Sukhoi Su-35 supersonic fighter aircraft (although it is reportedly hampered and the option is to buy an F-35 Lightning II aircraft made in the United States). With a maximum speed reaching Mach 1.6, of course the F-35 Lightning II is included in the category of supersonic aircraft which in operation can produce a "sonic boom" effect.

If referring to the standard fire insurance wording issued by General Insurance Association of Indonesia (Asosiasi Asuransi Umum Indonesia), the point which touches on the risk of aircraft presence is in Chapter I Insured Risk Item 3 Aircraft Falling which limits the protection of insured property only due to physical collision between an airplane or everything that falls from it with insured property and or interests.